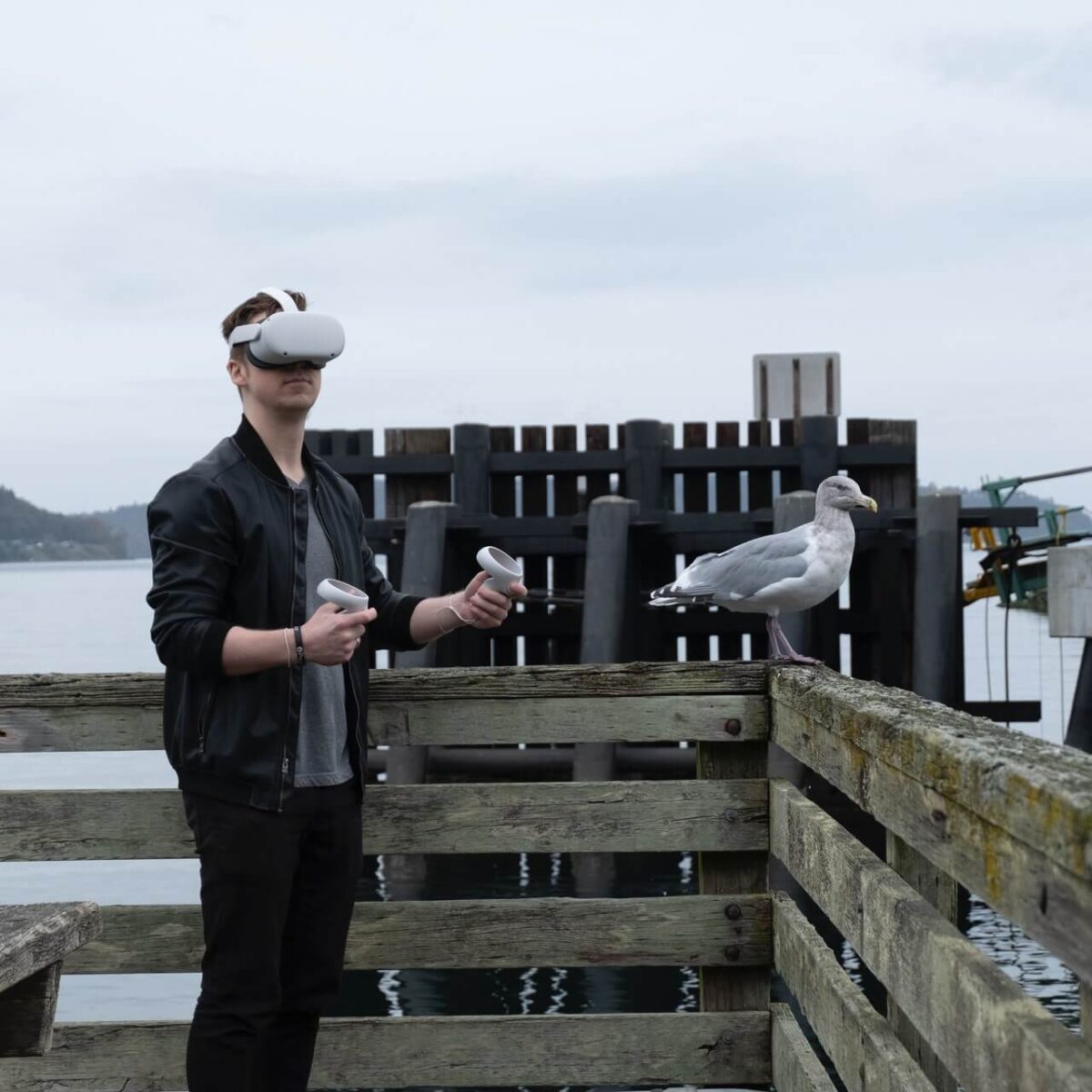 The Quest has eliminated the need for wires, this means that you can actually walk around in your virtual space without worrying about tripping on any cords and being unsightly (or worse). With the new improvements on this headset, these titles will give your Quest 2 a run for the money. If you’re a Quest 2 owner, here are the best Oculus Quest 2 games to spend some time on.

For a gaming system to succeed, it needs great games. And thankfully the Quest platform has already an astonishing library of titles with many genres; so you can choose from sports, racing, shooting, and more.

At first glance, Beat Saber may seem like a casual game. But the more you play it and get into its rhythm the more you wanna keep playing, there is actually an intense level of skill that needs to be mastered in order to beat all levels on Expert + mode without failing!

Beat Saber presents players with two lightsabers as virtual representations for their hands; these are held outstretched in front of them at waist height. In this way, they must slash blocks that pass along in different trajectories across three lanes (the ‘beat tracks’), all while avoiding objects such as mines and walls. So, Beat Saber is definitely a game to keep an eye on.

It’s a super fun game, and a must-have on any Oculus Quest 2 device.

One of the best things about Superhot VR for Oculus Quest 2 is that all levels are perfect. The gameplay apart from being solid; makes it a must-buy for any shooter fan out there. The game is one of the most immersive experiences that I’ve ever had on VR, it’s truly amazing and also, it’s a great first experience for new VR users.

The game uses a concept where time moves only when you move, and this is what makes it so cool. For sure you’ll get some really nice shots and dodges from this. It comes with a story mode and you can also play an endless mode too.

Eleven: Table Tennis is as the name suggests, a table tennis game. It’s definitely a must-have if you like table tennis, it’s pretty realistic. You can also play a multiplayer game with another player, or train with bots. The game comes with quite a few mini-games to spend some time on, and they are a ton of fun!

Since the update v28, Eleven: Table Tennis is also available to play at 120hz on the Oculus Quest 2, the game gets a lot smoother, and it’s an experience itself.

I Expect You To Die

I Expect You To Die is one of the best games I’ve played in a long time, its a puzzle game where you play as an undercover agent and need to complete the missions without dying, there’s a total of 7 missions, each one with its own charm. It’s a well-polished game with an awesome soundtrack.

It’s so much fun and really challenges you to think outside the box! The levels are well designed with tons of puzzles, mystery, and sarcasm thrown in for good measure. Definitely give it a try if you like puzzle-type games!

Population: One is a Battle Royale game for VR, it’s a multiplayer game where you play against other teams to be the last one standing. It’s also its crossplay between the Oculus Quest 1, Quest 2, and PC VR

The verticality and freedom of movement are awesome, as is the smooth snappy gameplay. It’s a fantastic experience in VR because you can free climb to new heights and glide across long distances with ease. Plus these abilities empower your tense battle for survival.

The game can give you some motion sickness, but if are a more experienced VR user, Population: One is a game to keep an eye on.

Job Simulator is one of the first VR games that I remember getting popular, and for good reasons. The game, as the name suggests, lets you play as a worker in different jobs where you serve robots – it’s a really fun and cool experience! There are many levels with various “jobs” too, so there will be plenty of things to do.

Blaston is a multiplayer VR game available for the Oculus Quest 2, where two players compete with each other in an intense duel! Guns and shields will spawn during the fight, so you have to grab them while dodging shots from your opponent. You’ll need to think, and be fast during the duel to win!

The game also presents good graphics and a ranking system where you’ll unlock new guns/shields and grenades to use during the next duels.

The Thrill of the Fight

The Thrill of the Fight is a game that will make you sweat, and not just from your workout. It’s an exhilarating boxing game where you fight off many opponents at different difficulty levels – but things start to get tough after a while. By then, it might be time for a break or else VR goggles may end up wet!

The Thrill of the Fight is great for boxing enthusiasts and provides a fun way to stay in shape.

VRChat is a multiplayer social game where you get to meet tons of new people. You can create your own character and customize it however you want, making the experience completely yours! There are also many mini-games that make for great time-wasters when there’s nothing else going on.

One of the coolest features VRChat that sets them apart from other social media apps is the ability for non-VR users to interact with their friends who are in virtual reality. This means if you’ve got a few buddies without headsets, they can still play games with you!