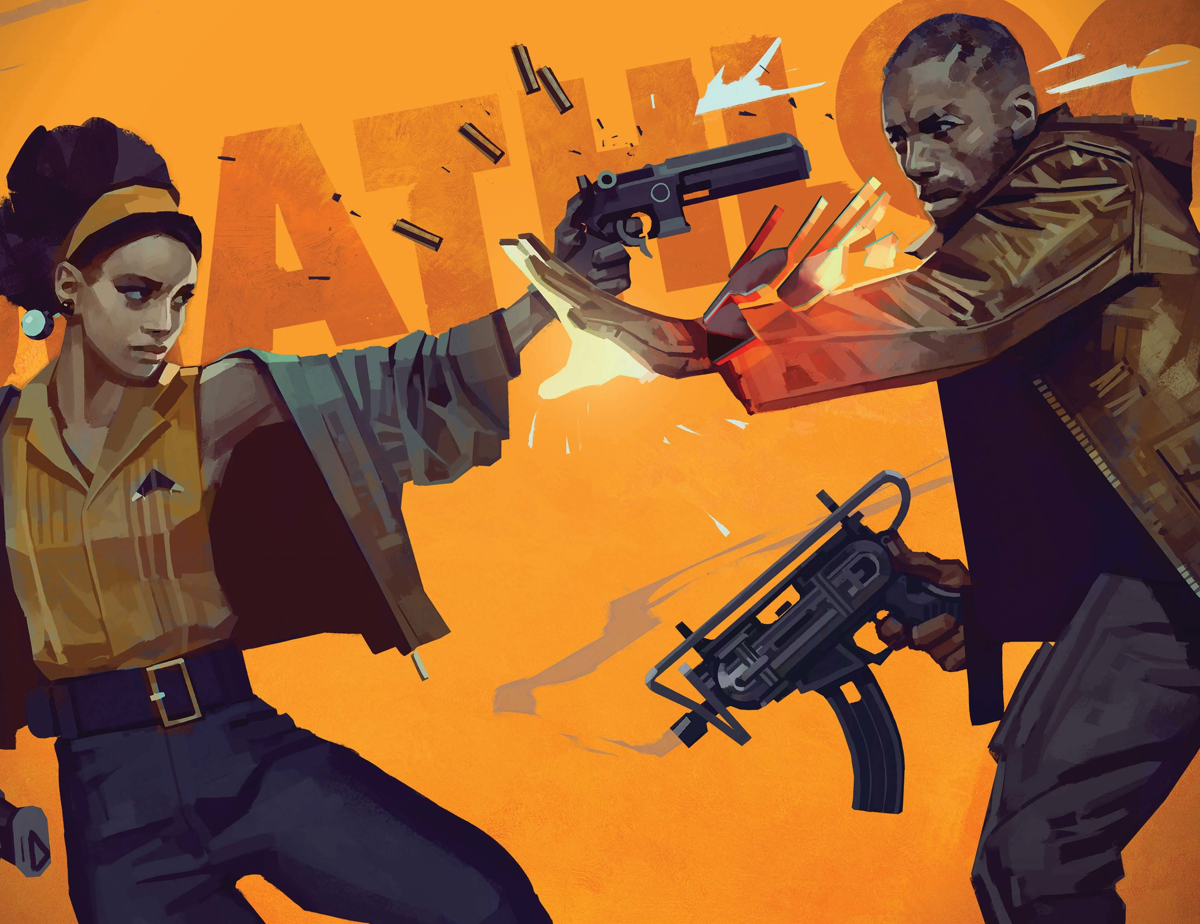 Arkane is a studio that is well-known and respected for developing some of the best video games that we have seen in the stealth and RPG genres. What they make is not for everyone, but those who do enjoy their games will always tell you about how remarkable they are.

Since Arkane has such a good track record, that naturally put heavy expectations on Deathloop and fans wanted it to be just as good as what the studio has delivered before, if not better. Fortunately for them and everyone else – Deathloop is not only a compelling video game to play, it’s also something that hasn’t quite been done before.

So, the obvious questions are – what makes Deathloop stand out so much, and is its concept just a gimmick or something that translates well into the gameplay? Let’s take a thorough look and find out.

It’s not every day that you can genuinely say that a video game has a unique concept that paves the way for gameplay that no other game is offering at the time. The beauty of Deathloop is in the fact that the game can be played in several different ways based on the preference and playstyle of the players.

The main basis of the gameplay is that the player is stuck in a time-loop and their job is to assassinate targets called ‘Visionaries’, who are crucial to maintaining the loop. It’s not an easy task to take them out as they are spread out between different districts and your actions in one district will affect the other as they will become aware of your actions. Additionally, there are four different day cycles that make a difference to the overall gameplay too. That is because the routines of your targets differ between what time of the day it is.

The game allows players to approach the assassinations in their own way, as there are several weapons, strategies, and powers to use in gameplay similar to Prey and Dishonored. You can eliminate the guards and targets stealthily, or have a more guns-blazing approach too if that is what you prefer. If you die twice, you respawn in the same loop. But dying a third time restarts the loop entirely.

The game mixes itself up so almost no two loops are the same, and your failures in one loop allow you to learn how to be more efficient for the next time around. On top of that, you unlock a bit of story every time you do something new and figure out things that you hadn’t previously, so exploration and experimentation are rewarded.

To make matters even more complicated, the player is often invaded by a character called Julianna, whose job is to make sure that the loop is protected at all costs and she tries her best to assassinate the player. What makes it even more fun is that although, if the player wants, Julianna will be an AI-controlled opponent – she’s generally meant for multiplayer purposes.

Whether it’s a random player or a friend, Julianna can be controlled by real people and that makes it harder to kill her. On top of that, Julianna can even assist the player or trap them in several ways, which forces the player to rely on her, and more often than not they will get backstabbed. With how unpredictable the game can be in general, how variable Julianna can be as an opponent makes things very exciting and keeps the game’s loops from feeling repetitive.

All in all, the gameplay is intense, beautifully crafted, and full of variety. You will always look forward to what you can do next and you don’t have to stick to boring routines or strategies, as the game rewards experimentation. It’s nothing like anything that you’ve played before and if you have been seeking creativity in video games, then the unique structure of Deathloop will satisfy your needs.

Deathloop is set in the 1960s and follows Arkane’s usual standard of having a distinctive art style that feels like its own world. Although the game is not accurate to the time period that it is set in since it’s filled with powers, colorful characters, and time loops – it still feels different from the usual shooting games that you see from a visual perspective.

Whether it’s the promotional artwork, the art style of the game itself, the character designs, or the different districts of the island – you’ll come to appreciate the visual variety of the game and it truly stands out in the crowd of hyper-realistic shooting games that we see every year.

Deathloop does not feed the player with a lot of information, as you start the game with very few memories of who you are and what you do. You uncover more of the storyline as you keep playing the game, which feels like pieces of a puzzle settling into one big picture. Although admittedly, the storyline is not particularly complex – it’s still pretty fresh and the concept of time is not taken too seriously, which allows it to be fun despite any potential plotholes.

However, crucial details of the plot can be missed if the player is not a fan of exploration, so that’s something to keep in mind in your playthroughs of the game. If you’re looking to end things as soon as possible, you should then fill yourself in on the lore by reading it separately online. It’s nothing out of this world, but it’s still nice to see something that isn’t as simple as ‘kill the bad guys from the other country’.

The sound design of the game is pretty decent altogether, with great voice acting from both of its leads and a lot of fun banter to listen to between them. But the soundtrack of the game stands out beautifully, as it is filled with many catchy pieces of music that elevate the overall experience. It has a fun mixture of 60’s singing and a bit of modern music, which gives it a unique flair.

The theme song ‘Déjà Vu’ feels like something you’d hear in the intro of a Bond movie, so the team certainly took the soundtrack aspect of the game seriously.

Deathloop is a game unlike anything else that you’ve played and will stand the test of time in the years to come. With great gameplay and a distinctive design with a touch of the ’60s, it’s a game that will keep you busy for many hours as you figure out different ways to close the loop and learn more about the playable character and the world that he lives in.

With hardly anything to improve aside from a few technical hiccups on the game’s PC version, it’s a game that paves the way for more time-bending video games to come in the near future.