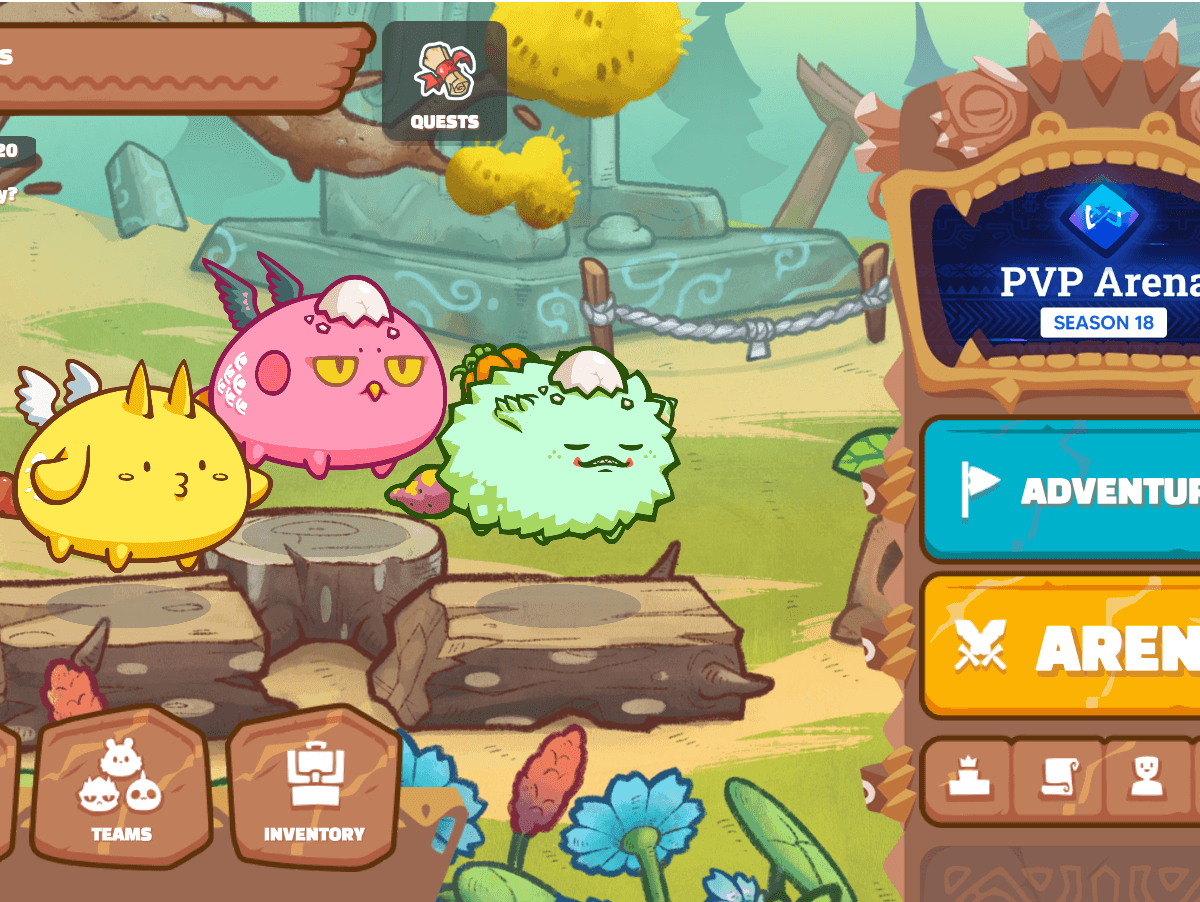 Over the past few years, people have been dipping into the waters of cryptocurrency and non-fungible tokens (or NFTs). But the rave around it is at its prime lately, a lot of industries, including the gaming industry, have begun to take interest in the blockchain technology hidden under it. Axie Infinity is one of these games, which uses a blockchain-based software called Ethereum for its inception. Because it was built like a game, many people took advantage of playing Axie Infinity to earn income and trade digital goods. What’s so intriguing about this game is that on the outside, it looks like an adorable Pokémon game, but you can actually earn real money as you play — that is if you play it well. It contradicts the very idea “boomers” have of video games, which are typically associated with people who can’t get a job.

If you’re out of the loop or still have a hard time understanding the terminology around cryptocurrency and anything similar, this article will help you understand the very core of it. It also discusses the gameplay in general if you’re already familiar with the basics.

So, what is Axie Infinity?

Axie Infinity is basically a Pokémon-style game created by a Vietnamese developer named Sky Mavis. It centers on adorable furry creatures called Axies, who are bred, trained, and bought by players who use them to complete challenges, and do battles against other players or NPCs online. These creatures will also serve as NFTs because they can be traded in real life. If you don’t know what NFTs are: NFTs are one-of-a-kind digital goods whose trade history can be traced through a blockchain network with ownership and proof of purchase. It has even taken the art industry by storm, as artists rush to sell their art for cryptocurrency. Since Axies are creations generated by users, they are also considered NFTs.

There are many types of Axie, and there are 9 categories of them in the Axie Infinity universe. Each of the creatures’ unique abilities comes from their genes, where Axies inherit certain traits from their parents. About 50% of the offspring’s traits are taken from their parents, so players can grind to create more and more types of Axie. The most expensive Axie in the world, a triple mystic named Angel, was sold in late 2020 for ETH300. At the time, that cost $120,000, which is insane. However, to avoid inflation of Axies, each of them can only be bred a maximum of seven times.

How does Axie Infinity make money?

It all relies on how much people are making use of the game’s resources, which goes for any platform built over a blockchain. The developers of Axie even claim that they have gained over 13,000 ETH, or $16+ million in revenue to date, with a constantly growing player base. Axie Infinity’s business model relies on the “play to earn” mantra, where each player earns a reward for their engagement with the game and the entire platform in general. There are various ways players can engage with and profit off of the platform:

How do you play Axie Infinity?

Well, the main objective of the game is to acquire Small Love Potions or SLPs. They are sort of like experience points and cost ERC 20 tokens. They can be earned at the end of a match, the SLPs can then be used to breed new Axies that can be deployed in battle in the future. It’s not only that, SLPs also function as cryptocurrencies. Meaning, they can be sold and bought on a crypto exchange. Many of the top players in Axie Infinity are said to earn SLP1,500 each day, and that’s $435. However, the price of SLPs against the US dollar is always changing and has been rising since 2020.

There are other items in that are tradable as NFTs as well, such as lamps, flowers, barrels, and real estate. All these items are sold and purchased through Ethereum, which is the second-biggest cryptocurrency after bitcoin. In early 2021, some real estate of the game sold for $1.5 million, and the trading volume for Axie Infinity non-fungible tokens monthly stand around $170 million. Selling and trading in-game items in the gaming world aren’t new, but they would always take place in unsecured sites, resulting in their bans. Axie Infinity, on the other hand, has its own dedicated marketplace: NFTs and blockchain, so the players actually own the items they’re trading.

How do I get started with Axie Infinity?

To initiate a battle against other plays online, players will need to buy at least three Axies from the marketplace to play the game. Their prices start at $190, but the current average Axie costs $350. If you’re just getting started with Axie Infinity, then here are the steps you need to follow:

Once you’ve got three furry Axies, you can begin to play the game by downloading the app through the following links below, but keep in mind that the mobile apps aren’t available on their respective storefronts. You’ll see that iOS user will have to join the community beta test, and Android users will need to download the APK from the link and side-load the app on their mobiles.

Lastly, now that you’re all set to play the game, you might wanna check the Axie Infinity handbook out if you want to read the rules of the game before jumping right in.