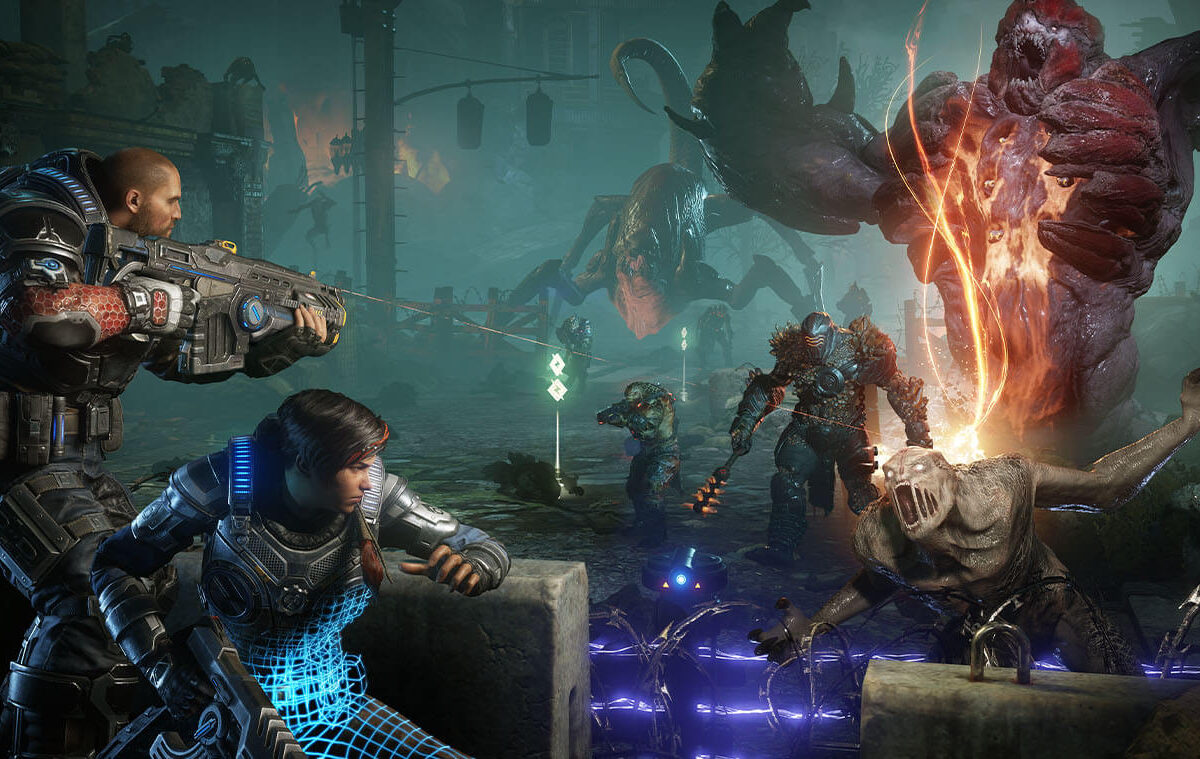 Gamers have always been a fan of the Gears of War Series and the latest one isn’t an exception, rather it is the best one out there. Being a third-person shooter game and available on Xbox or PC, the game is a true masterpiece. It has a mixture of both great gameplay and a war storyline. So, here I have a review on Gears of War 5.

So as a starting point, Gears of War 5 starts off right from the end of Gears of War 4. There is a destroyed world named Sera which is more like an upside-down Tokyo.

The game itself has four-act divisions, where two are special ones and the two are much like any other Gears of War, where the story unfolds when you go further.

There are new and integrated weapons, whereas the designs are complex and also updated. You get to enjoy the companion which is a robot and helps you out on your journey, fighting with several abilities that can also be upgraded.

In the old Gears of War, the same robot companion was invisible and only appeared when you wanted to open the door. Here, you get to completely enjoy it as a new game mechanism. Whereas, there are new map designs as well in the game.

So, when I talked about the two segments which are amazing and the fan-favorite, I meant that they are experimental and haven’t been introduced in any type of other Gears of War.

Much like open-world maps, they are large and barren at the same time. You will find some amazing locations, hidden items, and something extraordinary there.

Yes, the visuals of these maps are exceptional as well, you will find red-colored desserts, where the storms are always striking lighting and even you will find the ice tundras there. All in one, you will feel it as the most stunning and colorful game in the history of FPS.

Gears of War Combat is its main popularity point and here in the 5th series, you get to enjoy even more crazy stuff but some stuff is taken from the goods of old Gears of War.

For Example, you have here the overkill shotgun that kills enemies with a single blow and throws their bodies further away. You also have the Boomshot, Longshot, and the likes of Mulcher.

There are new weapons as well in the game like the Claw which has a unique fighting style. Besides this, the Character changes are also introduced in the game.

The character has always been the main point of Gears of War when it comes to storyline and here you will get to experience the Kai Diaz mostly for the game. Ranging from the emotions to the speech of character, you will find everything perfectly placed.

Coming to the abilities of the character, you will mostly do the things related to your own robot-like getting flash blindings, Revival, Going invisible, and much more.

Fascinatingly, the Robot has combat guns as well, which can be upgraded to make them more devastating.

Gears of War 5 is a combination of goods from old Gears of War and extra new balanced stuff. The game itself packs incredible gameplay, shooting, storyline, and new maps that are just flawless when it comes to visuals. But the only problem here is that the game isn’t that big enough, you only get to enjoy it for a few hours. Besides all this, this game is exceptional and is recommended from my end.