Pavlov Review – Among The Best of VR 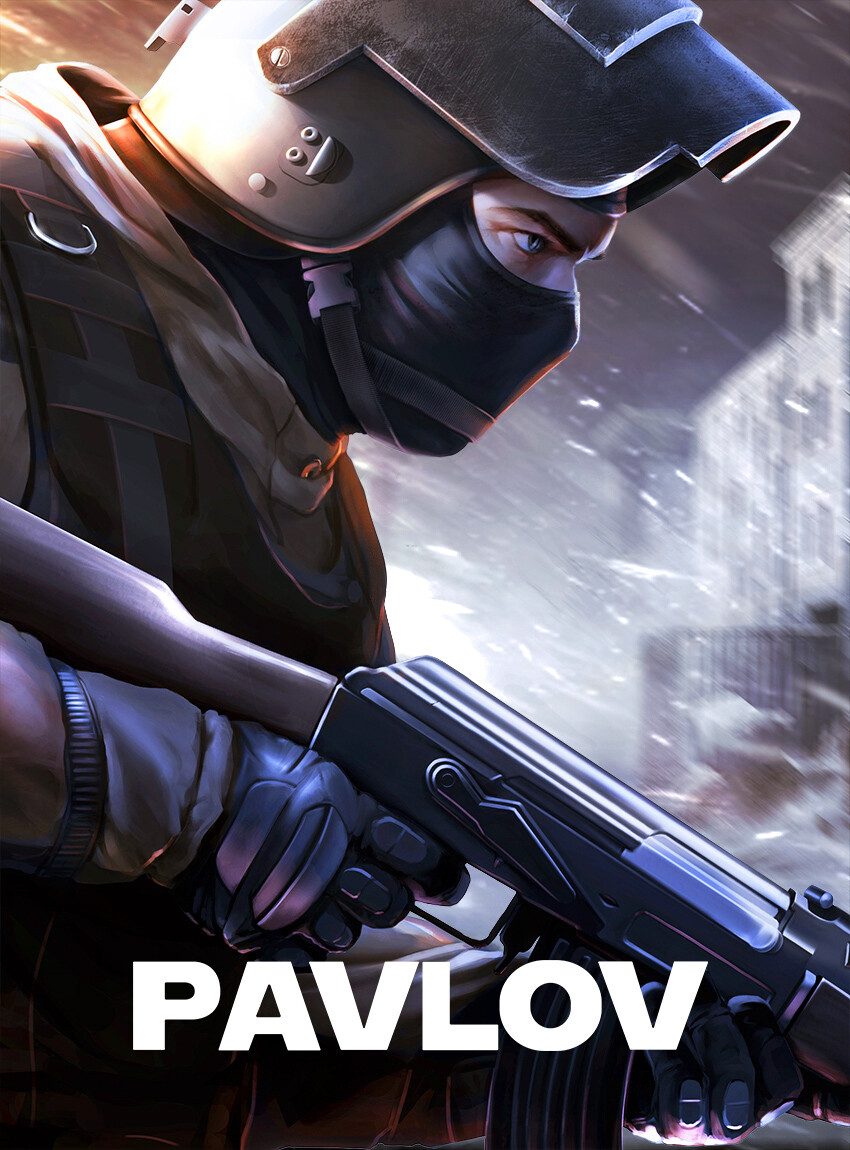 VR gaming is something that has always been a controversial topic within the community. Although many believe that basic VR games that provide simple simulated experiences are fine, whenever the topic of a classic game having a VR counterpart is brought up, gamers are not very satisfied with the idea.

However, Valve proved that VR can be a great way to experience video games with the release of Half-Life: Alyx, which received rave reviews despite the concerns raised initially at the fact that the game is exclusive to virtual reality headsets.

Once gamers experienced the true potential of VR gaming, they quickly diverted their attention to one Valve title that has stood the test of time and refuses to die – Counter-Strike: Global Offensive. Since it’s a first-person shooter, you’d expect it to be the first game that gets the VR treatment – but you’d be surprised to know that there isn’t a CS:GO Oculus Quest port at all.

Worry not – you can still play CS:GO VR. Well, sort of. All of this brings us to a VR game called Pavlov, which is the closest thing that you’ll get to experiencing CS:GO but in VR. And of course, it’s a whole lot more than that too because many of its features are comparable to Garry’s Mod as well.

So, how good is Pavlov both as a game and a way to experience the magic of Counter-Strike in your VR headsets? Let’s begin our action-packed first-person adventure and find out!

Pavlov is not the most realistic game that you will come across, because it’s certainly not meant to be a simulator. However, for a first-person multiplayer shooter, it comes with a lot of options that will almost make you feel like that you’re using real guns and are a part of an actual shootout.

The game is very customizable, so the gameplay can be wildly different from what you might initially have in mind. But the core can be described as a competitive war shooter that features both World War 2 and modern warfare themes. The classic modes that we all know and love are all here, such as Deathmatch, Search and Destroy, Team Deathmatch, and King of the Hill – and they play very similarly to what you would come to expect from a game that is considered a great Counter-Strike alternative in VR.

Even if you stick to the basics, the game is very fun and you will have hundreds of hours’ worth of fun in it. At first, you will greatly appreciate the fact that you’re experiencing CS in VR and how this new way to play feels amazing. But afterward, you’ll come to appreciate how well-made the game is and whether you’re shooting at enemies with a pistol or carefully taking them down with a sniper, everything feels very satisfactory.

Pavlov comes with everything that you’d come to expect from a game like Counter-Strike as I said, but there’s a whole lot more too that’s undeniably just as fun. We have the Gun Game, a specific Gun Game with a World War 2 theme, Tank Team Deathmatch, Trouble in Terrorist Town, a zombie mode, an infection game mode, Prophunt, a special mode called The Hidden, and finally, a mode called Push.

Most of these game modes have self-explanatory names, whereas a few need to be explained. The Hidden is a game mode in which an invisible monster hunts down humans. The Infection game mode is the same thing but the monster is no longer invisible. Finally, in Push, one team assumes an objective while the other has to stop it.

All of these game modes are very fun to play and serve the purpose of what they are meant to be very well. This makes the game a bit closer to Garry’s Mod than it is to CS:GO, because the developers try to integrate anything popular into the game as long as it can fit. Trouble in Terrorist Town, in particular, is a game mode popularized by GMod but it works very fluidly in Pavlov too, and some might even say it’s almost better in VR.

So, it’s very fair to say that there is something here for everyone and it’s hard to get bored when there’s so much to do.

One of the best things about Pavlov again puts it next to GMod if you wish to compare – and that is the community support. The game allows players to create their own servers and that means that mods are allowed too, which leaves very few things that players cannot do in the game in terms of customization.

What makes this aspect of the game even better is the fact that the developers greatly encourage the community to support the game and even reward them for it by giving them recognition. Sometimes certain maps and game modes created by players get featured in the game by the developers in updates, which is a great sight to see.

And the developers know exactly what the players want to see in their game in general, since they even added the Killhouse map from Call of Duty just for the sake of it – and fortunately avoided a copyright lawsuit despite even using the actual name.

Pleasant for the senses

Pavlov is not going to blow anyone’s mind when it comes to the visual side of things, but for a VR game, it still looks good enough. I never quite understood why even the best VR games usually have subpar graphics, but clearly, a standard is set there.

For what it’s worth, Pavlov does look better than the games it gets compared to, such as CS:GO and GMod. So, to find a word to describe its graphics, pleasant would be a good way to put it. Nothing amazing but most definitely good enough for the kind of game that this is.

The VR side of things is handled pretty well too in terms of both the gameplay and graphics. Since all you really need to do in the game most of the time is to shoot, there’s not much the developers could get wrong anyway – but it’s still something to be appreciated at the end of the day.

8/10 – A solid shooter with an endless variety

Pavlov is mostly brought up in comparisons, but it’s a game that is good enough that it should be referred to as a thing of its own too. It looks decent, plays great, and is far more worth your money than what it costs.

All in all, it’s a great VR game that will satisfy fans of Counter-Strike: Global Offensive and Garry’s Mod both, but those who have played neither of those two games will still fall in love with Pavlov.

Everything You Need to Know About The Sandbox