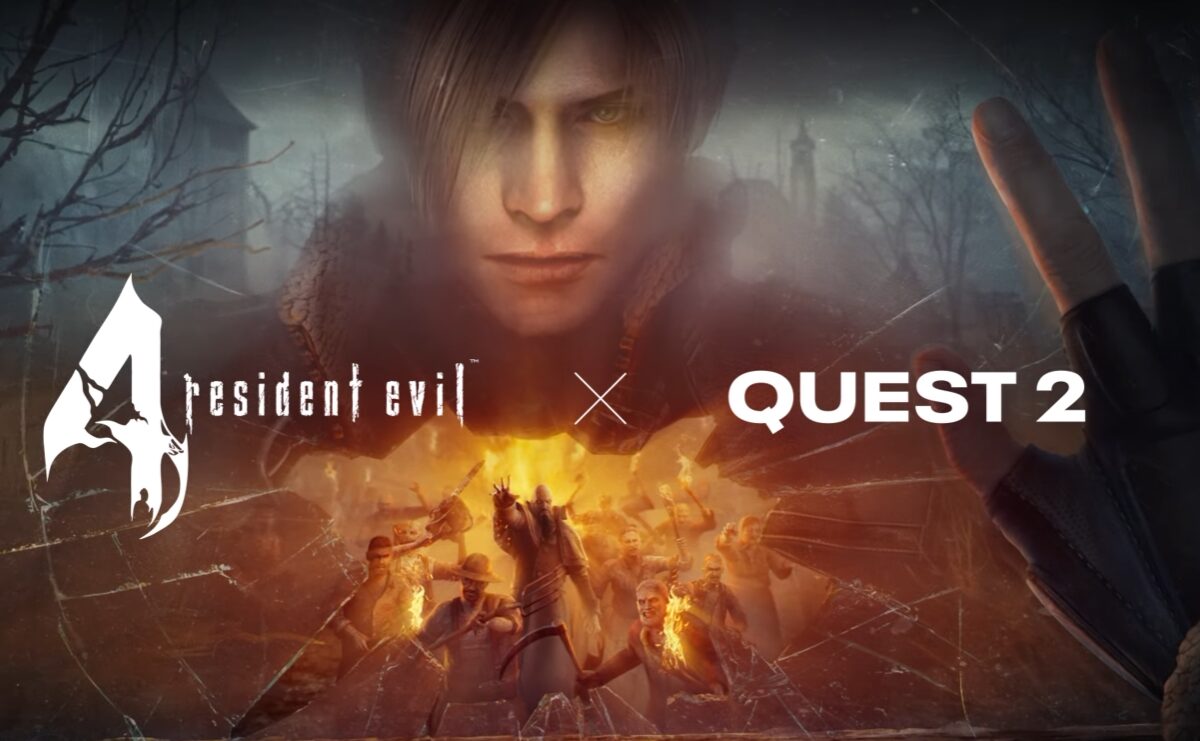 Resident Evil 4 is a video game that will go down in history as one of the most ported video games of all time, right alongside the likes of The Elder Scrolls V: Skyrim. Whether it’s a game console, a shady streaming box, a forgotten smartphone, or the newest technology in the world of gaming – you can expect a port of Resident Evil 4 on the device. Not only that, but it’s even receiving a full-fledged remake that is already in development as well.

Although it doesn’t hurt to own such a classic on multiple platforms, the number one problem with this has always been the fact that the game never received such a change that would justify continuously paying for it. Whether you played the most recent HD remaster on a high-end computer or went back to play the watery PlayStation 2 port – the game is essentially the same in every single way aside from the resolution being clearer.

With the announcement of the VR port of Resident Evil 4 for the Oculus Quest 2, despite loving the game so much, I was not at all excited about it. It’s the same game but with VR controls – why is it any different than the dozen ports I’ve tried out before? Fortunately, the experience of finally trying it out was not as repetitive as I was expecting – and this review will explain why.

A new way to play

When video games make the VR transition, unless they were already a first-person shooter with a potential VR port in mind, the experience is not very satisfactory and it just barely works out in terms of the controls. And in some cases, you aren’t even offered the full game and only a few levels that are just meant to cash-grab using the franchise’s name.

Resident Evil 4 does not fall under the VR shovelware category, as it genuinely is a relevant new way to play the game. The third-person perspective has been dropped for a first-person VR experience and a lot has been changed in terms of how the game plays.

The tank controls are gone, you no longer have the briefcase to switch your weapons with and instead, the weapons are planted on your body. For example, the knife is close to your shoulder, the grenade is close to your chest, while pistols and whatnot are around your waist – which is almost accurate for where it’s supposed to be on Leon’s body in terms of the character design.

Additionally, there is a lot more gameplay freedom to experience this time around. For example, you can mix up any weapons that you want. A pistol and a knife at the same time? Go ahead. An SMG and a pistol in each hand? Say no more. All possibilities that you can think of are doable and you no longer have to stop and hold a special button to be able to shoot – now you’re free to do as you like.

And of course, since this is VR, you don’t just press any button to reload your weapons. Instead, you have to learn the specific ways of reloading them all, such as using a magazine or putting bullets inside the shotgun. This adds an extra layer of intensity to the gameplay too, especially when you’re in the middle of a boss fight or being chased by someone with a chainsaw.

Although in terms of difficulty, it’s a step backward since the lack of gameplay limitations still makes it easier than before, despite the intensity caused by manual reloading.

The manual nature of doing tasks extends to things other than the shooting too, since things that were simply done with a simple button press now require physical motions from the player. For example, things like pressing switches, inserting keys and opening doors, opening cabinets, and so on.

In some cases, it feels like nothing more than a gimmick, but when you’re immersed in a long session of gameplay and are doing everything manually from a first-person perspective, it does begin to feel like you’re in the village fighting for your life at every moment.

The VR-centric things aside, the game is just as good as it ever has been and might even be considered the best version yet by some players. It loses some of its mood due to the quality-of-life improvements – but if the game was the same as always even in this port, it’d simply be a complete waste of time.

Resident Evil 4 has never looked better than this, even taking the last HD remaster into account. Although the VR version looks the same as any other in terms of the art style, the Unreal Engine 4 does help it look better than it has ever been.

The textures are upscaled and crisp, the resolution is great, and things are a whole lot smoother compared to what we’ve seen in the versions that came before. It’s still a Nintendo GameCube game at the end of the day, but this is about as good as it can possibly look with years of improvements.

Despite the newfound strengths within the VR facelift that Resident Evil 4 has received, there are some things lost along the way too. The first thing to point out is the missing content, the game does not have the iconic Mercenaries game mode which allowed players to test out their skills against different challenges and multiple characters to play as, each feeling different from the other.

It would have been a very fun experience for VR and the combat would have been especially fun since that game mode was always less about tension and more about shooting zombies down – and characters like Hunk with the realistic loading and dual-wielding weapons would have been at a great advantage.

The other important game mode that this port is missing is the ‘Separate Ways’ episode, which was story content that allowed players to experience the events of the game as the stylish assassin Ada Wong. Although it was a short episode with the same levels and enemies that the main game had, it still featured some new dialogue and cutscenes that we did not get to see in the main game and was a great side story to have after finishing Resident Evil 4.

It’s unfortunate that such important content that we have been seeing in most ports of the game is now gone and the entire focus of development went solely on the base game. But the missing modes are not the only shortcoming, as the difficulty and lack of new content is another.

The game was made with many limitations originally, which were in the game both due to intent and because of hardware limitations at the time. Although the removal of those limitations is something I praise for this port since it refreshes the overall experience, the difficulty was not adjusted enough to make up for it and the game is a bit easier than it should be as a result.

And lastly, there is no new content in the game. Although ports did not always have something new to offer, more recently developers try to add a little something to make up for the fact that the game is being sold for the third or fourth generation.

For example, we get missing levels, unfinished scrapped content, new behind-the-scene footage, or new playable content even if it lacks a story element to it. Unfortunately, nothing of that nature is present in Resident Evil 4 VR and all it offers is the base game itself, which is a missed opportunity since this version of the game has been made in Unreal Engine 4.

Resident Evil 4 is a game that needs to be laid down to rest after being re-released aggressively for over a decade – but it’s fair to say that the Resident Evil 4 VR release is a good way to say goodbye to such a long run.

It looks better than it has ever before, it plays great and retains most of the magic of the original and it still manages to offer a new way to experience the game, which is incredibly entertaining and feels fresh. It does not add anything new aside from the freedom of how you play, and it lost some additional content along the way too.

But for those who have never played the game before, or fans who want to go back to it one more time instead of waiting for the upcoming remake – Resident Evil 4 for the Oculus Quest 2 is worth the time and money.

Marvel's Guardians of the Galaxy Review