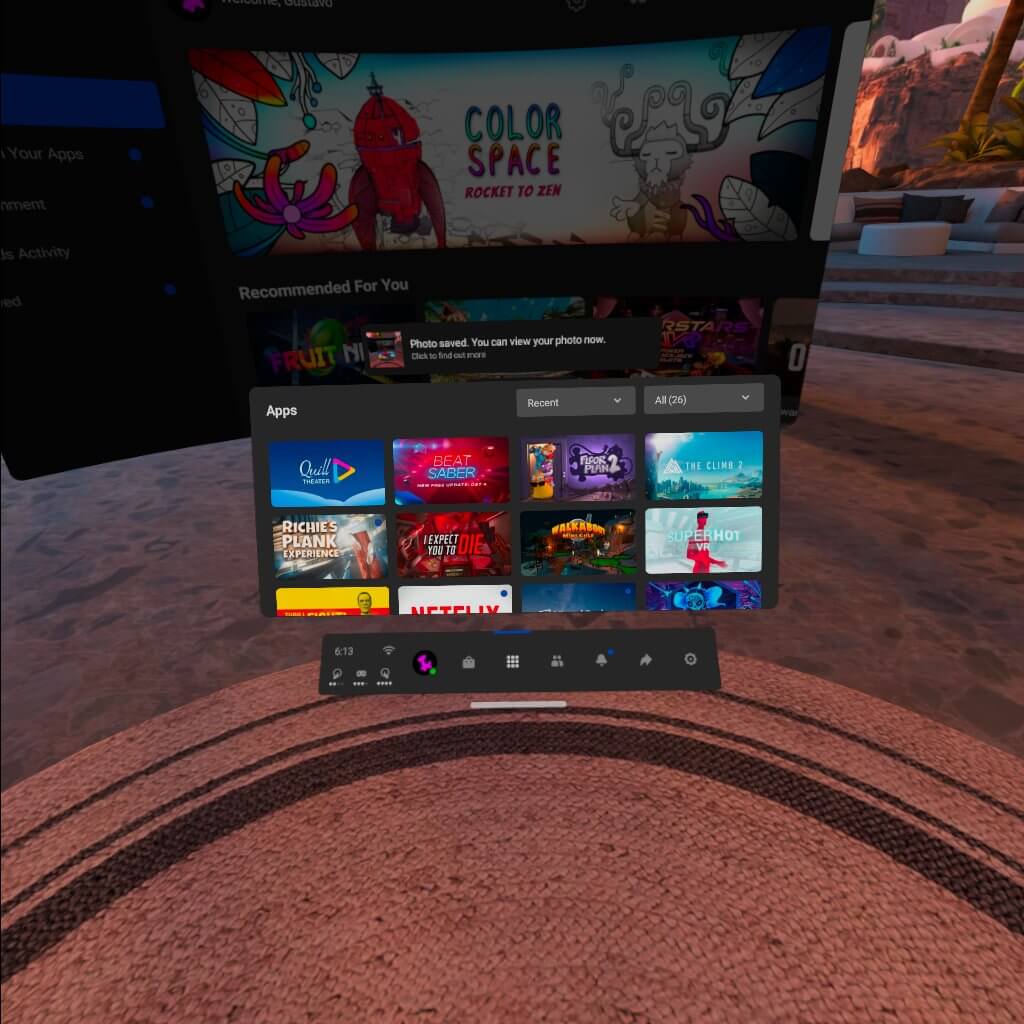 The Oculus Quest 2 was released in October 2020, and since then it has helped more and more people to join the VR community. Quest 2 games have improved a lot and new great releases have come along the way.
We’ve gathered a list of the best Oculus Quest 2 Games that you can play today. (In our opinion, these are the top 5 games!)

Of course, we couldn’t make a list without Beat Saber, this game has been around for years now, and it keeps getting better and better, it is already one of the VR classics. Its gameplay style is simple to understand and get started, but it’s hard to master.

I’ve already spent a couple of hundred hours playing it, and it’s a really nice feeling when you beat your high score; finally complete that song on Expert+ or win a multiplayer battle.

The Climb 2 is the newest game of its predecessor The Climb. When you first jump into the game, even after hundreds of hours in VR you’ll get the scary feeling of being up in the sky. It’s a super fun game to play, especially after getting the hang of it.

The Climb 2 has stunning visuals, and the immersion is phenomenal, it can be very challenging for those who are scared of heights; and because of that, it’s a super cool game to show to people that are not familiar with VR yet, I guarantee to you that will be fun.

Blaston is one of my personal favorites VR games ever! It’s a multiplayer game where you spawn in front of a stranger and must shoot him using the nearby guns while dodging his shots. Everything during the duel happens very quickly and you need to think fast. It’s by far the most fun I’ve ever had in VR.

The game has a rank system and you can also unlock guns/shields/grenades to use during the next battles. It’s a super fun game and we strongly recommend it.

Blaston is available at the Oculus Store for only $9.99, one of the less expensive games on the list.

Walkabout Mini Golf is as the name suggests a golf game. The game takes place on many different mini-golf courses where each one is a level; they are quite long and each one has a unique feature and theme, also you can choose to play in different difficulties. And don’t forget, be aware of hidden golf balls along the way!

The reason why Walkabout Mini Golf made into this list is that it’s a perfect game to play and relax, it’s very calm and you get some really cool views of the sea from the islands. You don’t need to be a golf master to play it, you can just jump in on a course and start playing. It is also super intuitive, so people new to VR will get the hang of it more easily.

You can get Walkabout Mini Golf for $14.99 at the Oculus Store.

The Walking Dead: Saints & Sinners is by far the most polished game I’ve ever played on the Oculus Quest 2. Even though its price is a little bit higher, I strongly recommend it.

It has an engaging history with some really scary parts, from my experience the best part of the game is its physics system, it’s really cool to kill a zombie by sticking a knife on his head. It has one of the best inventory systems among all the games so far; its combat system works really well too.

But if you are new to VR, be aware that you may get some motion sickness due to the locomotion system. You can get The Walking Dead: Saints & Sinners for $39.99 at the Oculus Store.

Why eSports is the future of gaming?