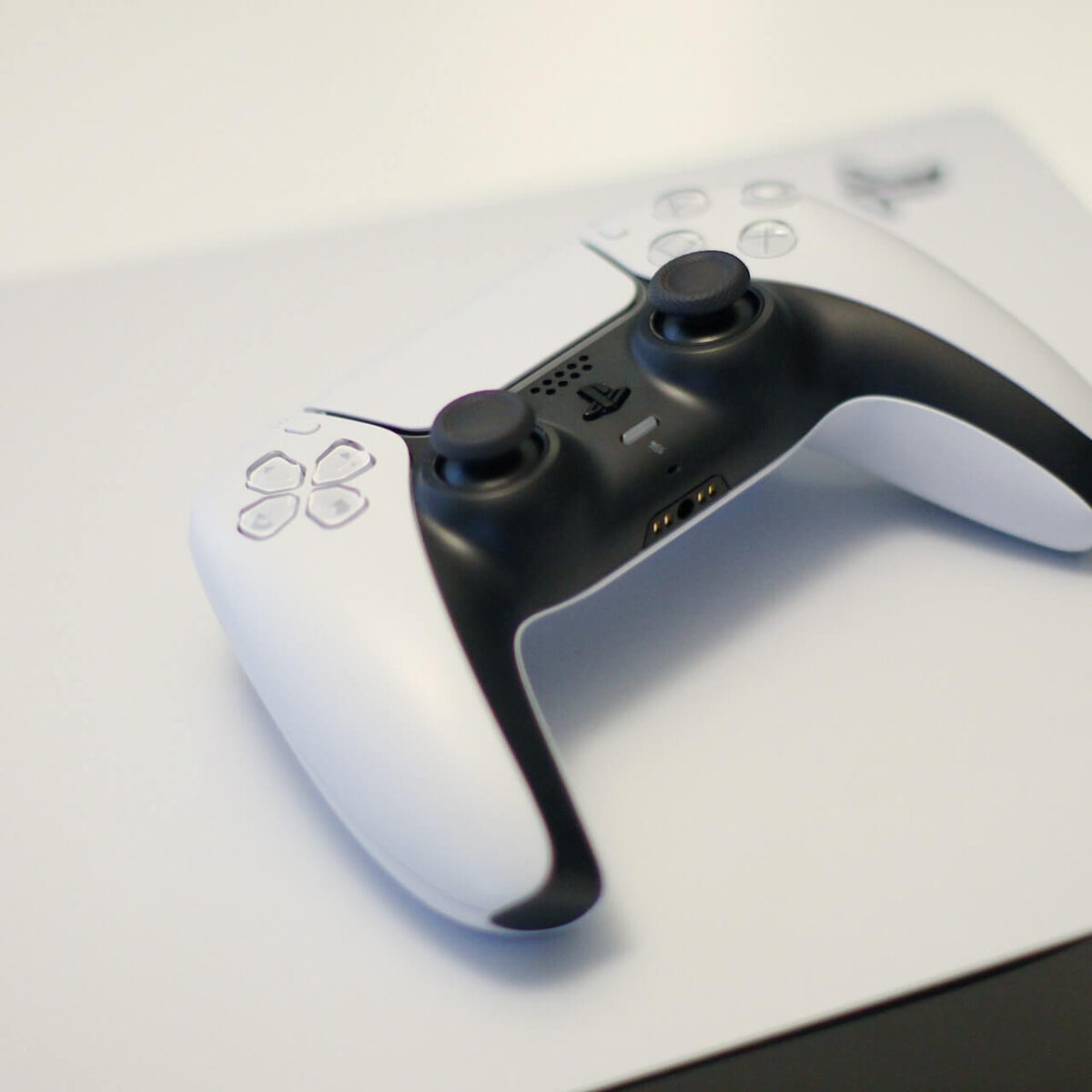 At the end of last year, the new generation of consoles was released worldwide, which brought with it a great technological leap that greatly improved the gaming experience. Both Sony and Microsoft have implemented in their new consoles incredibly powerful hardware and quite good prices. And of course, we got some Playstation 5 games.

Although the PlayStation 5 and Xbox X Series X/S are excellent devices, this time we will focus on Sony’s console, which has the largest game catalog and, also offers the most exclusive games so far.

Although it should be mentioned that this new generation started with a lot of inactivities in terms of major new games (compared to previous generations), so far excellent titles have been released that are a must-have for anyone who owns a PlayStation 5.

That said, below is a varied list of some of the best games so far for the PS5, which will be divided between single-player and multiplayer focused games.

This is the most recent game of the popular war series developed by Activision, which will be set this time in the cold war (as its name indicates). This game stands out for having a renewed graphic aspect, and for having the classic arsenal of weapons in this Activision franchise.

As usual in Call of Duty, this includes the campaign, multiplayer and a renewed zombie mode. However, the most complete model and the one that will provide the most hours of gameplay will be the online multiplayer mode, which will have several modes that will keep players hooked, who will try to survive in arduous battles against other players.

Call of Duty: Black Ops Cold War is available for both the new generation of consoles, its version for PS5 and Xbox X Series X/S features great graphical and performance improvements.

Monster Hunter: World is Capcom’s ARPG that exploited all the potential that this great videogame saga had. It features the usual Monster Hunter gameplay, where players will explore a vast world with the objective of hunting all kinds of huge and powerful monsters. By defeating the monsters, players will be able to obtain items and weapons that will allow them to hunt stronger and stronger monsters.

A highlight of Monster Hunter: World is the possibility of being able to play in online multiplayer with up to three friends, which will be essential to defeating monsters that require strategy and teamwork to be defeated.

In addition, the most recent expansion of this game (Iceborne) manages to improve and expand all the features of the original game, and with the power of the PS5; 60 fps performance in 4k resolution can be achieved. It should be mentioned that this game requires a stable internet connection.

A Way Out is an action-adventure video game developed by Hazelight Studios and distributed by Electronic Arts. The videogame’s story revolves around two men named Leo and Vincent, who escape from prison and must now do everything possible to prevent the police from catching them again.

What most characterizes A Way Out is the fact that its gameplay was made to be cooperative, so a player can only control one of the two protagonists, who will have their own plot and must help each other to overcome the obstacles of the game, in short, it is a game designed for two players.

A Way Out has an interesting gameplay that uses local multiplayer mode with split-screen, so this narrative adventure can certainly offer a great experience, especially when playing it on a PS5.

This is the fifth release of the popular racing videogame series developed by Codemasters, which still maintains its varied types of races, such as Ice Racing, Rallycross, Stadium Super Trucks, and Buggies.

The novelty of Dirt 5 lies in its graphical improvement that takes advantage of the power of current consoles to offer highly realistic scenarios. This aspect is accompanied by a new dynamic weather system, new vehicles, more developed tracks than in previous Dirt games, and new game modes, such as its detailed custom tracks.

In addition, multiplayer modes complement the great experience offered by this driving simulator.

Marvel’s Spider-Man: Miles Morales is the sequel to the acclaimed Playstation exclusive: Marvel’s Spider-Man, which was one of the best games on the PS4 thanks to its dynamic action gameplay, its open-world with all kinds of missions to perform, and its excellent unpublished story, which is full of emotional and epic moments. In addition, this game also implemented a highly polished and very physically correct spider web mechanic. That said, that is no surprise to learn that its sequel also turns out to be an excellent game.

Marvel’s Spider-Man: Miles Morales is again set in New York, but in a different universe from the first game and where the protagonist will obviously be Miles Morales. The story of this game will unfold while this new Spider-Man with black and red suit defends New York from a gang war between an energy corporation and a criminal army with high technology.

Although this game maintains the gameplay of its predecessor, its main difference lies in Miles Morales himself, since this new Spider-Man has new costumes and unique abilities that completely change the experience of the game, especially in combat.

In terms of graphics, this sequel greatly improves what was seen in the previous game, especially in this PS5 version, which manages to offer detailed scenarios that take advantage of Ray Tracing, incredible visual effects that really give personality to this game, and the possibility of being able to play it in 4k dynamic resolution at 60 fps.

Undoubtedly, an essential title for those who own a PS5.

This is the third part of the main trilogy of the acclaimed stealth videogame series developed by IO Interactive, which stands out more than ever on Sony’s new console.

This title maintains the same gameplay style as its predecessors. Players take on the role of a professional assassin who must eliminate a series of targets in different parts of the world without being noticed. To accomplish this task, players will have to perform all kinds of infiltration tactics and will have several tools that will help them hide in the environment. This game takes place in six different locations, Dubai, Dartmoor, Berlin, Chongqing, Mendoza, and the Romanian region of the Carpathian Mountains.

The version of Hitman 3 for PS5 stands out especially for its graphics, and the scenarios with a high level of realism that greatly enhance the immersive experience of this game.

This is a version of DMC 5 focused on current-generation consoles, which has practically the same content and gameplay as the original, but with new content, game modes, and graphical improvements.

This action-packed adventure starring Dante along with other playable characters offers an excellent action-packed Beat’em up style gameplay, players will be constantly battling hordes of enemies. However, what stands out most about Devil May Cry 5 (as in the previous games in this series) is definitely its battle system, which allows players to perform all sorts of cool combos, choose various combat styles and equip themselves with all sorts of interesting weapons. In addition, this game allows you to choose between several characters that really change the experience of the game since they have their own story, combat style, weapons, and weaknesses.

As for this Special Edition for PS5, its graphics are much better and its scenarios take full advantage of Ray Tracing, while the new Turbo mode and the new difficulty: “Legendary Dark Knight” greatly increase the replayability of this edition.
That said, Devil May Cry V Special Edition is a must for those who have not yet tried this great game, which is considered one of the best in the action genre at this time.

This is the Remake of Demon’s Souls released in 2009 for PS3, which practically moves the original game to the new generation of consoles to offer a wonderful visual level that really exploits the possibilities of the Playstation 5.

As many already know, Demon’s Souls was the predecessor of the popular Dark Souls Series and its gameplay clearly shows it. This is an extremely difficult ARPG game where players will have to think very well before moving and performing any attack, as just the slightest mistake can mean death. This Remake for PS5 is quite faithful to the original game, so it still maintains the same extensive open world of the original title, and its gameplay was only polished in various aspects, especially in the menu interface.

What stands out the most about Demon’s Souls PS5 is undoubtedly its amazing graphics, which makes players marvel at each of the areas of the game. In addition, Demon’s Souls takes advantage of the PS5’s DualSense capabilities to enhance the player’s experience and thanks to this console’s hardware, loading screens are almost non-existent.

Demon’s Souls is a great game that will undoubtedly always remain one of the best games for the PS5.